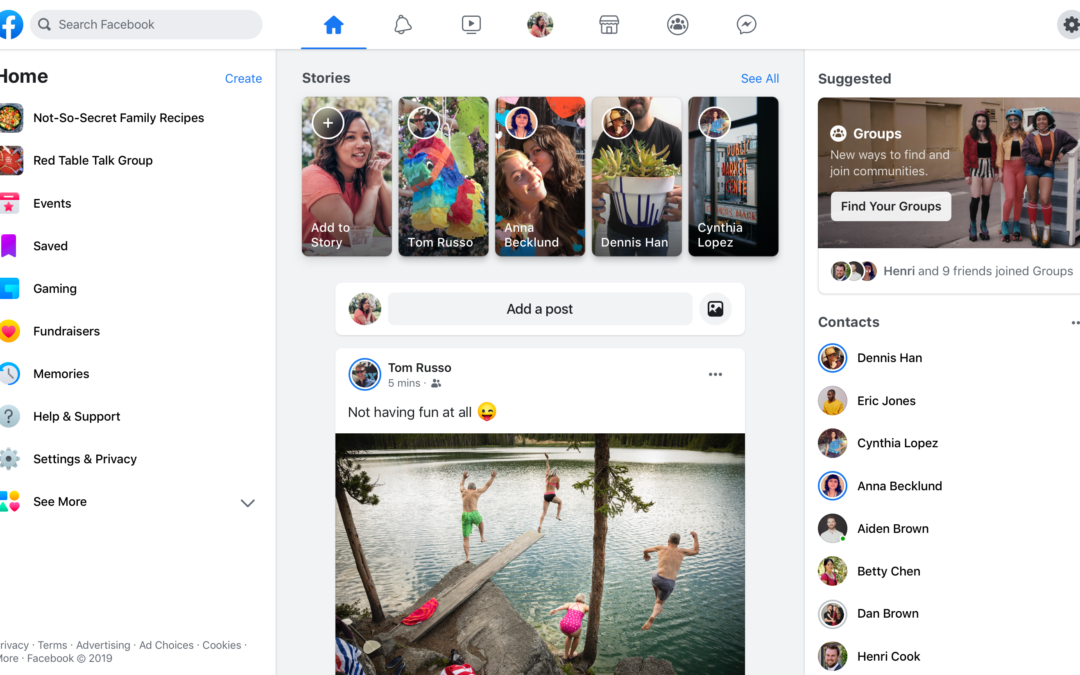 Will people miss the famous blue bar on Facebook? It’s about to disappear, and there are additional changes coming to the network across the board.

The massive social media company announced significant changes on Tuesday, from an aesthetic overhaul that includes a streamlined design to updates such as a laser focus on Facebook user groups.

Facebook continues its attempts to leave behind a recent history of perceived and actual impropriety. Shareholders and politicians alike have pointed to damaging issues in the U.S. and around the world, where data has been mishandled and real-world events have led to death and destruction. 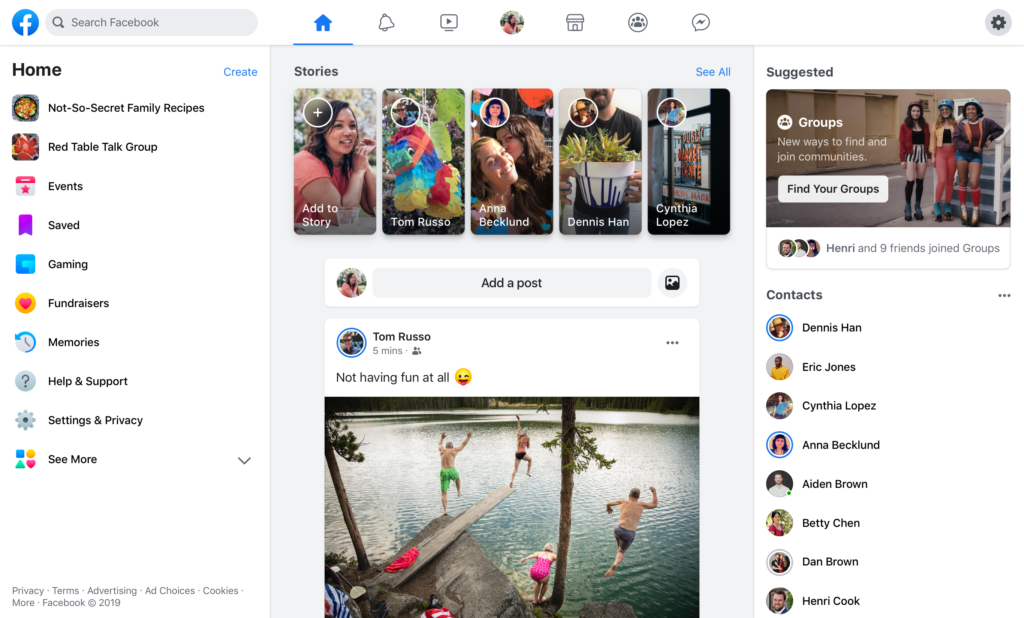 The change in appearance seems to have been inspired by the highly visually app Instagram, with more structure and increased space – a look also seen in Facebook’s Messenger app. Stories, the disappearing updates now on track to overtake Snapchat, are moving to the top of feeds. The company officially announced these transformations at F8, its annual conference for developers and entrepreneurs.

Watch out! Groups are getting a makeover.

User-created groups are also getting a major makeover, starting with more prominent placement on the desktop sidebar. This new structure highlights groups more strongly, and certain groups will also have new tools at their disposal. Users will now be able to post directly from their homepage.

With the mobile app receiving greater use, it’s no surprise that the refresh will launch there first – almost immediately – while the desktop version will be updated later in 2019.

Facebook’s near-continuous updates frequently result in negative reactions from loyal users, and this evolution is visually far more obvious than the typical redesign. The iconic blue bar has been a key identifier over the company’s 15-year history.

The change may be in part a result of Facebook’s attempt to turn over a new leaf in the public view. CEO Mark Zuckerberg has lately been more vocal in his attempts to convince users (and others) that the company is not only aware of its responsibility but capable of learning from and improving on its past.

That past won’t disappear with a single redesign, and Facebook still has work to do on the issues that have damaged the company’s original feel-good image. The 24-hour news cycle feeds destructive and frequently untrue stories with the ability to reach thousands in a moment; continuous data breaches, inappropriate use of information, and the perceived control by an elite few means a vicious cycle of distrust.

On the other hand, Facebook has an incredible ability to bring people and communities together, and the new emphasis on Groups is a perfect opportunity to achieve that.

The mobile app has less space and will respond to what people use the most, so the Groups tab may or may not be there at all times; on desktop, the Groups tab will always be found at the top of a user’s homepage.

Users will also notice a new look for the Groups tab, which will show the groups they belong to and any posts from members.

In addition, Groups will allow for greater specialization. Depending on the subject matter, some may restrict information or have greater interaction with the group admins, in order to keep sensitive information from accidentally becoming public. Job groups are also going to have options for employers to post listings for open positions.

The core Facebook app also has additions on the way. “Meet New Friends” is exactly what it sounds like, allowing people to connect with others who have similar interests or belong to their same group.

Facebook Dating continues to chase after Tinder users, with a brand new feature on the way that feels like a throwback to sixth grade. “Secret Crush” essentially allows people to check yes or no without the public pain, letting them know if a connection has more than platonic interest. If the interest isn’t mutual, the object of their affection is none the wiser. While not yet in the U.S., 14 other countries will have access as of now.

Facebook’s Marketplace isn’t being left out of the refresh, either. New features for both buying and selling are on the way, as well as payments and shipping now able to happen directly on the network.

All things considered, this is a sea change and markedly different from last year’s Facebook conference. At that time the social media giant had no choice but to focus on improving its public image, rather than continuing a rich history of innovation for the app and everything related to it.

With an abundance of updates on the way, it looks like Facebook is prepared, ready and willing to move forward.

Want to learn how these change will affect your business? Contact us!